The level of investment required for China to achieve its goals is well within its financial means. Energy sector investment climbs significantly in absolute terms, but falls as a share of overall economic activity. Total annual investment reaches USD 640 billion (around CNY 4 trillion) in 2030 – and nearly USD 900 billion (CNY 6 trillion) in 2060, almost a 60% increase relative to recent years. Annual energy investment’s share of GDP, which averaged 2.5% in 2016-2020, drops to just 1.1% by 2060.

A power sector dominated by renewables provides the foundation for China’s clean energy transition. China’s power sector achieves net zero CO2 emissions by before 2055 in the APS. Renewables-based generation, mainly wind and solar PV, increases seven-fold between 2020 and 2060, accounting for almost 80% of generation by then. By contrast, the share of coal drops from over 60% to just 5%, and unabated coal-based generation stops in 2050. Renewable capacity rises at least three-fold in all regions by 2060, with the largest growth in China’s Northwest and Northern regions where solar and onshore wind take advantage of strong resource potential and good availability of land. However, investments in low-carbon flexibility sources to increase the reliability and resilience of electricity systems are highest in China’s coastal provinces. 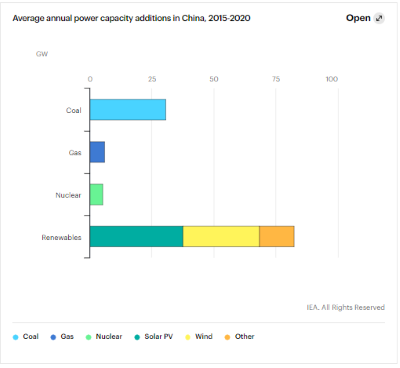 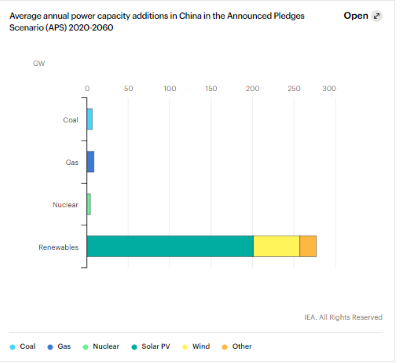 Efficiency improvements and today’s market-ready technologies can only take the industry sector part of the way to net zero. In the APS, industrial CO2 emissions decline by nearly 95% and unabated coal use by around 90% by 2060, with the residual emissions being offset by negative emissions in the power and fuel transformation sectors. Energy efficiency improvements and electrification drive most of the industrial emissions reductions in the short term, while emerging innovative technologies, such as hydrogen and carbon capture, utilisation and storage (CCUS), take over post-2030.

WWS’s factory has made significant efforts to transform natural gas. Actively following up on the government’s proposed “Shandong Pipeline Network South Trunk Gas Pipeline Project ‘’
For us, one of the main priorities is the renovation of natural gas pipelines.
Although the factory has borne significant investment costs, the environmental facilities have been successfully put into operation, laying the foundation for the next positive step in the development of the set factory.