China’s CO2 emissions are rising, but a peak before 2030 is in sight. The sooner the emissions peak comes, the higher China’s chance of reaching carbon neutrality on time. The leading sources of China’s emissions are the power sector (48% of CO2 emissions from energy and industrial processes), industry (36%), transport (8%) and buildings (5%). The specific targets made public so far from the latest Five-Year Plan include an 18% reduction in CO2 intensity and a 13.5% reduction in energy intensity during the period 2021-2025. There is also a non-binding proposal to raise the non-fossil fuel share of total energy consumption to 20% by 2025 (from around 16% in 2020). If China achieves these short-term policy targets, the IEA projects that China’s CO2 emissions from fuel combustion will be on track to plateau in the mid-2020s and then enter a modest decline to 2030. We also note China’s commitment at the United Nations General Assembly in September 2021 to discontinue building coal-fired power projects abroad and to step up support for clean energy.

Reaching a peak in China’s CO2 emissions before 2030 relies on progress in three key areas: energy efficiency, renewables and reducing coal use. In the APS, China’s primary energy demand grows much more slowly through 2030 than the overall economy. This is mainly the result of efficiency gains and a shift away from heavy industry. A transforming energy sector leads to rapid improvements in air quality. Solar becomes the largest primary energy source by around 2045. Demand for coal drops by more than 80% by 2060, oil by around 60% and natural gas by more than 45%. By 2060, almost one-fifth of electricity is used to generate hydrogen. 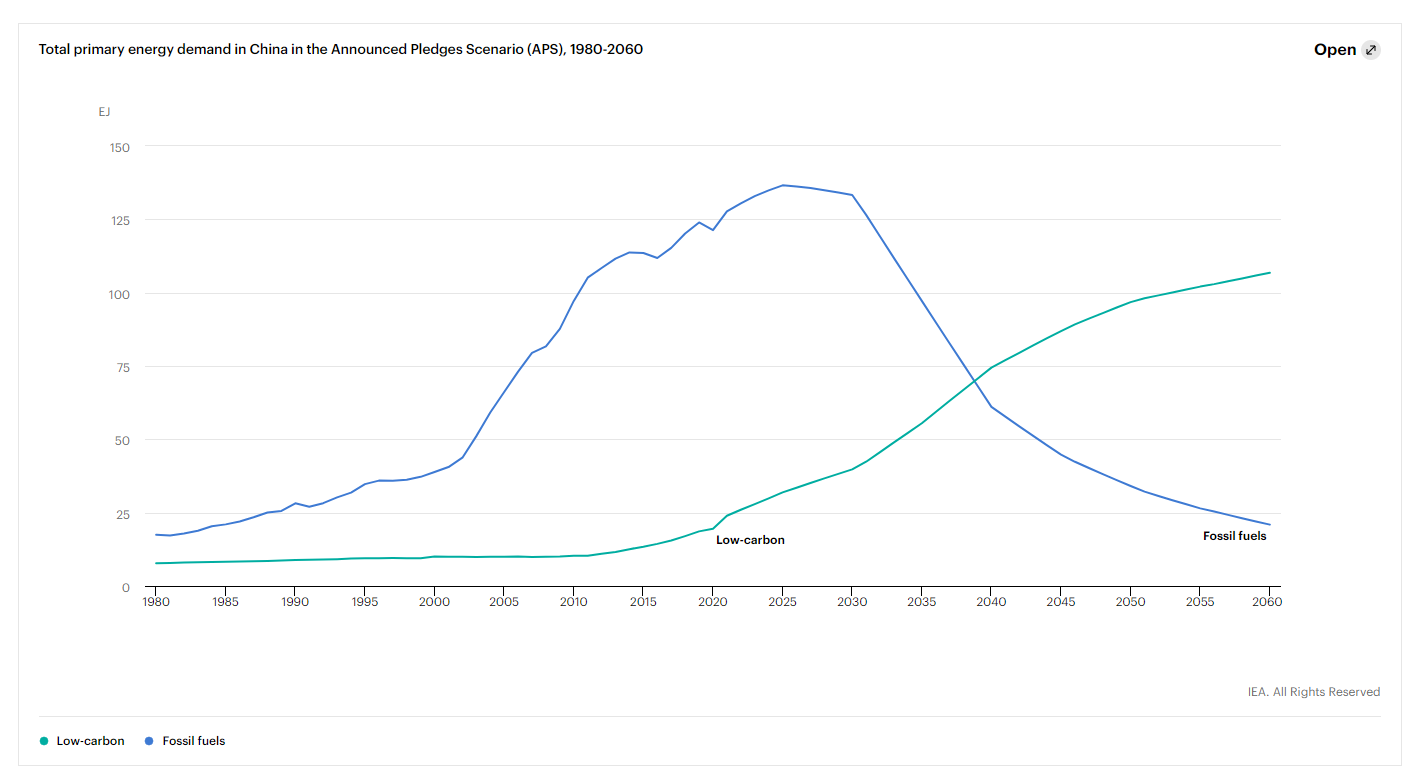 WWS got Project Gigaton certification which is created by Walmart aim to avoid one billion metric tons of greenhouse gases from the global value chain by 2030! WWS has been in the business value chain in China to reduce greenhouse gases. As a responsible enterprise, WWS was serious about environmental protection, in recent years, adopted a series of major initiatives in terms of energy conservation and emissions reduction, because promoting environmental protection is not only a major contribution to mankind, but also a responsibility to ourselves.