There is no plausible path to limiting the global temperature rise to 1.5 °C without China1 In September 2020, President Xi Jinping announced that China will “aim to have CO2 emissions peak before 2030 and achieve carbon neutrality before 2060”. Announced 40 years after the country began its remarkable journey towards economic modernisation, this new vision for China’s future comes amid growing convergence among the world’s major economies on the need to reach net zero emissions globally by mid-century. But no pledge is as significant as China’s: the country is the world’s largest energy consumer and carbon emitter, accounting for one-third of global CO2 emissions. The pace of China’s emissions reductions over the coming decades will be important in determining whether the world succeeds in preventing global warming from exceeding 1.5 °C.

The energy sector is the source of almost 90% of China’s greenhouse gas emissions, so energy policies must drive the transition to carbon neutrality. This Roadmap responds to the Chinese government’s invitation to the IEA to co-operate on long-term strategies by setting out pathways for reaching carbon neutrality in China’s energy sector. It also shows that achieving carbon neutrality fits with China’s broader development goals, such as increasing prosperity, strengthening technology leadership and shifting towards innovation-driven growth. The first pathway in this Roadmap – the Announced Pledges Scenario (APS) – reflects China’s enhanced targets that it declared in 2020 in which emissions of CO2 reach a peak before 2030 and net zero by 2060. The Roadmap also explores the opportunities for an even faster transition and the socio-economic benefits it would bring to China beyond those associated with reducing the impact of climate change: the Accelerated Transition Scenario (ATS).

China’s energy sector reflects decades of efforts to lift hundreds of millions of people out of poverty while pursuing other energy policy goals. Energy consumption has doubled since 2005, but the energy intensity of gross domestic product (GDP) has decreased significantly in the same period. Coal accounts for over 60% of power generation – and new coal power plants continue to be built – but solar photovoltaics (PV) capacity additions have outpaced those of any other country. China is the second largest oil consumer in the world, but also home to 70% of global manufacturing capacity for electric vehicle batteries, with Jiangsu province alone accounting for one-third of the country’s capacity. China’s contributions to low-carbon technologies, particularly solar PV, were mostly driven by the government’s increasingly ambitious five-year plans, leading to cost reductions that have changed the way the world thinks about the future of clean energy. If the world is to meet its climate goals, then similar clean energy progress is needed – but on a greater scale and in all sectors. For example, China produces more than half the world’s steel and cement, with Hebei province alone accounting for 13% of global steel production in 2020. CO2 emissions from the steel and cement sectors in China alone are higher than the European Union’s total CO2 emissions. 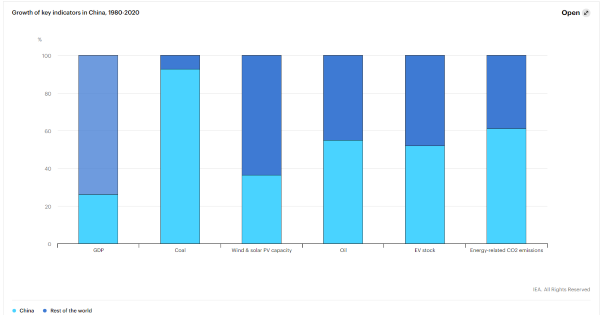 Copyright statement: the articles and pictures used in this platform belong to the original right holders. please understand the relevant right holders and contact us to deal with them in time.

For the ceramics industry, we are also pursuing clean energy for the world to achieve climate goals.
In WWS Although the factory has borne significant investment costs, the environmental facilities have been successfully put into operation, laying the foundation for the next positive step in the development of the set factory.